As far as I'm aware, I'm pretty late to the game in terms of seeing Gypsy, and even later to the game in terms of reviewing it! I saw Gypsy (at long last!) in late July, and boy was I impressed! I knew it would be good (and decided to go) because of a blogpost over on Shaun's Musical Musings in April, however as it stands, I'd probably say that Gypsy has ended up being one of my favourite shows that I saw this summer! And if you'd be so kind as to scroll down a little, I'll tell you why...!

Obviously one of the main 'pull factors' to get the general public to see the show is the fact that Imelda Staunton is in the lead role, so I knew she would be fantastic, but I didn't quite appreciate just how fantastic! The phrase I have seen plastered across the internet since the show first opened in March is "born to play Momma Rose" - and I couldn't have put it better myself! Her first entrance alone is so full of character that it provokes a similar audience reaction to Elphaba's iconic first entrance in Wicked - packing a punch that is not easy to pack! In my honest opinion, Gypsy is not Gypsy without a somewhat iconic actress playing Momma Rose - I mean, look at the list of incredible women who have played her in the past! You've got Ethel Merman, Bernadette Peters, Angela Lansbury, and of course my spirit animal Patti LuPone - so my only concern was that Imelda wouldn't quite live up to her predecessors' reputation. I had no doubt in her acting skills, of course, (who doesn't loathe Professor Umbridge?) but my question was, "Will she be as much of a legend as the others?"
And the answer is yes.
With Imelda Staunton as Momma Rose, the answer is always yes.
Does she belt out those songs like there's no tomorrow? Yes! Does she absolutely take on every character trait possible and then throw it in your face? Yes! Do you get the impression that she actually is Momma Rose? Yes! Does she do a terrible job of it? Okay, maybe the answer isn't always yes!

I was also particularly excited to see Peter Davison on stage, having previously only seen him in dodgy mid-80s Doctor Who episodes, and he did not disappoint! Along with Sherlock star Lara Pulver, the three of them made an outstanding trio!

The final thing I want to quickly mention is the weirdly wonderful set. It's good, great even, until the moment where it looks as if you are backstage looking at the blacks/legs/everyoneImeetcallsthemsomethingdifferent... And at that point it becomes fantastic!

Gypsy closes on the 28th of November this year, so if you can get down to the Savoy Theatre before then I would highly recommend doing so! 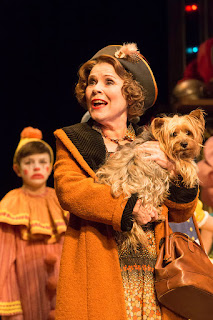 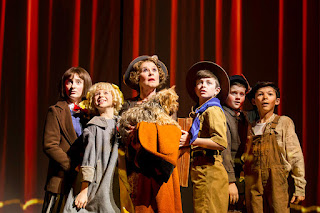 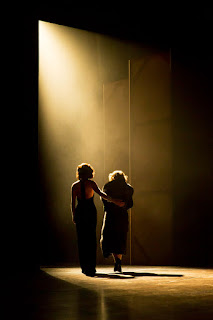