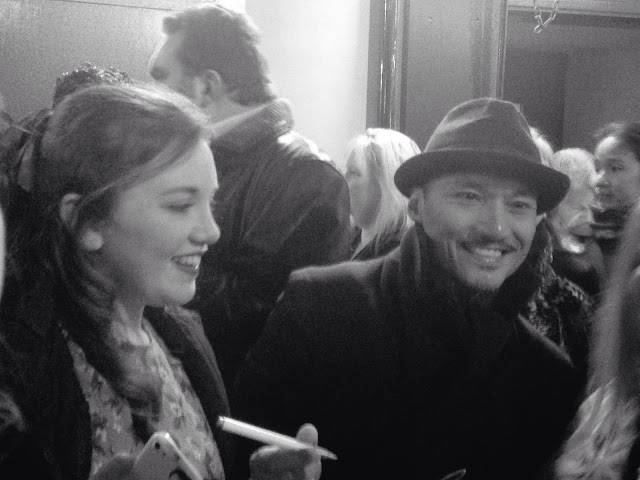 With the beautiful Miss Saigon closing tonight, I thought I would treat you all to a VERY special blogpost! Jon Jon Briones, who, as we all know, does a fantastic job as The Engineer, kindly agreed to let me interview him - so without further adieu, let's hear what he had to say!

If you were stuck on a desert island with a book, an actor and a soundtrack from a musical, what would they be and why?
The Alchemist by Paulo Coelho-beautifully written. Jason Segel-I think we'd get along well. Hamilton Musical-I don't have to explain why ;)

Are you scared about performing on Broadway?
Very excited to perform on Broadway. Too old to be scared ;)

What is your favourite quote from a musical?
Anything you do, let it come from you, then it will be new. Give us more to see - Sunday in the Park With George.

If you could play any character from a musical, regardless of age, race, gender or sexuality, who would it be?
Benedick in Much Ado About Nothing - Now that would be a fun part to play.

What is it like to be part of such a culturally diverse cast?
Miss Saigon productions are always special because of it's diverse cast. Everyone brings what they have into the mix and somehow it gels well and a very nice concoction is produced.

What do you do to keep your voice (and yourself!) fit and healthy while doing such a massive-scale show?
Everything in moderation. Exercise, eat well and be happy and that includes surrounding yourself with good people. People who make you a better person.

Obviously you’re doing Miss Saigon at the moment, and will go with it to Broadway, but where would you like to go with your career after that?
Movies and tv but with a little bit of theatre. Can never be without theatre.

Are there any Broadway shows you’d love to see whilst in New York?
Hamilton, Fun Home, Les Mis, King and I

What do Teo and Isa think of you performing on Broadway?
My kids are very excited for Broadway and to live there. They were very young the last time they were there.

Is there anything else you’d like to say to my readers?
Keep supporting theatre. Go out there and see as much production as you can. There's nothing like live theatre!


Big thanks to Jon Jon Briones for this interview! You can find him on his website here or tweet him here!

Miss Saigon takes it's Final Flight tonight - February 27th, before it heads over to Broadway in March 2017.
Posted by Em at 12:30