Hello and welcome to the first day of Interview Month on OhMyMusicals! If you're a regular reader of my blog, you may have spotted that I've already interviewed David Muscat before (you can read that interview here). I haven't completely lost my mind, however, because today David is back to talk specifically about something very exciting - Stagey Live! I won't give too much away in this little introduction, but let me just tell you - this is exciting for both the world of theatre, and the rest of the world in general! That's all from me for now - I'll let David spill the beans!

Em: For any readers who don’t know, what exactly is Stagey Live? (e.g. what will be on it, where can they watch it, when, etc)

David: 'Stagey Live' is a new TV Chat Show that will be available online to view come mid/late July and aired here in the UK on new channel Essex TV. It revolves, and celebrates, those that work & operate within the theatre industry. In a nutshell, hopefully it will be informative, provide an insight as well as a platform to celebrate the industry as a whole.

Em: Where did the idea originally come from?

David: After a couple of beers and a out-of-date taco. I always have weird ideas float around and this was just one in a thousand that when I initially told people about it they didn't throw me out of their homes. Admittedly, I spend a lot of time in strangers homes so it's not always my cooky ideas. But truthfully I had the idea, I knew Matt Martino (Director of Essex TV) was looking for content. I met with him, presented my idea and he gave me the green light to go ahead with it.

Em: Can you tell us about any guests you’ve got lined up?

David: To be brutally honest, the calibre of guests for series one has exceeded my initial expectations by far. To not only get a chance to speak with recent Olivier award winning actress Denise Gough, but also two time winner Samantha Spiro was incredible. Couple that with some Broadway stars, Ivonne Coll and Ariana DeBose from Hamilton, with some Australian theatre stars in Paul Watson, Emily Langridge and Rob Mills. Then bring it back home with a Ann-Jane Casey, Caroline Sheen, Brian Sears & KJ Hfippensteel, Kobna Holdbrook-Smith, Tiffany Graves and Mykal Rand and the list of UK stars just keeps going. But even with that said. I didn't want the show to just be about artists. There's so many more people that work tirelessly and I hope to expose and celebrate as many other areas of the industry. So add to the above list Mark Shenton (Theatre Critic), Racky Plews (Director), Bret Yount (Fight Director), Katy Lipson (Producer), Pineapple Dance Studios, Hugo Harold-Harrison (Agent), Ryan Jenkins (Choreographer) and TheatreCafe.

Em: Have there been any hiccups or mishaps so far?

David: Nothing major, touch wood. There have been a few guests that would like to have come on but either haven't been allowed or their schedule has conflicted, but luckily nothing drastic has occurred. But we're only about a third of the way through at this stage so still it's early days. But I'm confident there's nothing we can't fix or get around. I have a great team surrounding me and everyone is pitching in.

Em: What are you most excited or nervous about?

David: Excited about? The finish of it to be honest. I'm excited to have the 8 episodes locked & loaded and then have them released into the wild. Nervous about? Absolutely everything. Haven't ever hosted a show, arranged a show, organised a show, written a show, promoted a show, (you get where I'm going)... I'm nervous about stuffing it all up, but... I figure, sometimes you just have to give things a crack.

Em: You’re originally from Australia - am I correct in saying you have plans to get Stagey Live over there?

David: The original thought was that the show could travel the Stagey triangle (read that as you will), both Australia, USA and the UK. The major benefit of working with Essex TV is that all their programming content will initially go online so everyone around the world can tune in. Hopefully the guests we have on, their stories, will relate to anyone anywhere that's interested. But also, if Essex TV want to send me on a promo tour back home to Australia for a few weeks I wouldn't say no.

Em: How are you coping with the combination of Stagey Live and rehearsing for One Man, Two Guvnors?

David: My head for the past 6 weeks has felt like it's full of cotton-wool. Trying to get this show organised and up and running has been tough, but then a week ago I signed on to work with Paul Taylor-Mills for his Summer Rep Season which sees us rehearse two plays, One Man, Two Govnors and Deadly Nightcap in 3 weeks and then we have a week performance in Windsor and a week in Sidmouth. I am currently trying to cram dialogue in, whilst organising a film crew schedule, whilst eating, and chatting to some college students for the challenge segment this Sunday, whilst typing these answers and I'm also managing to alphabetise my sock draw...... ok that last bit was a lie.
Coffee.... Coffee is my friend.

Em: Have you ever presented anything before, or is this a new adventure?

David: Whilst I'm toying with the idea of just trying to blag it and come across as though I've Presented all my life I think the best step forward is coming clean and say it's my first attempt. That said, the focus I don't think will be on me as the guests and people involved are awesome and their stories are amazing. So to be fair, I'm just going to be the wind beneath their wings.

Em: What can we expect from Stagey Live in the future - where would you like to take it from here?

David: Well, who knows. I think there's a place for it, I think there's an audience. Whether it inspires a major network to do something and if that means it gives those in theatre a great thing to promote and celebrate the hard workers and lovers of the industry then that'd be great.

Em: Is there anything else you’d like to add?


David: I just implore all lovers of theatre to get involved and get behind it. There's so much stuff on TV, I mean there's a TV show about people watching TV. I think it's time to highlight the people that have made sacrifices, both artists and fans of theatre. Both creatives and creators. I think it's an opportunity to bring a little bit of theatre magic into people's home. I urge anyone who loves or works in the industry to talk about Stagey Live and spread the love. 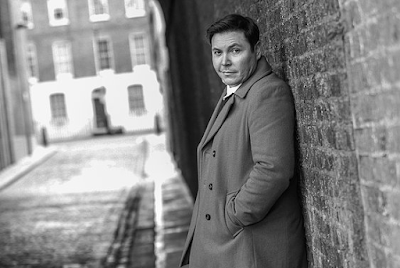