Recently I was given the opportunity to interview the absolutely astounding Lauren Samuels, who is currently in the acclaimed production of La Ronde at the Bunker Theatre in London. I first saw Lauren in Bend It Like Beckham around this time last year (and adored her from the moment she started sassing her onstage mum) so obviously I jumped at the chance to interview her to promote her new show! So, without further ado, here's what Lauren had to say...

Em: Who or what inspired you to get into theatre?
Lauren: My mother. She instilled a love of theatre into me from a young age. We often went to see shows together and even performed in amateur productions together!

Em: Has it felt odd doing a play that's so different to your usual musical theatre style?
Lauren: I wouldn't say odd, but exciting. I love to challenge myself and I’ve certainly jumped in the deep end with this play!

Em: What is your favourite role you've ever played?
Lauren: I get asked this a lot and it’s so tough to answer. As actors, I believe we all become incredibly attached to the characters we play. I loved playing the role of Scaramouche in We Will Rock You because I felt like a rock star every night! I also loved playing the role of Jenny in Love Story as the characters’ journey was so intense. Jules in Bend It Like Beckham of course because it was my first original West End cast…I could go on and on….!

Em: If you were stuck on a desert island with an actor, a musical soundtrack and a book, what would they be?
Lauren: Tom Hanks has always been my fantasy dinner party guest…I think he is just amazing. So can I pick Tom Hanks? My musical soundtrack would be Phantom Of The Opera. It was the first show my mum took me to see and the music is so epic I don’t think you could get bored of that! I’m a real bookworm so the book one is tough. I have many favourites. Can I take all the Harry Potters…??

Em: What is your favourite quote from a show you've been in?
Lauren: I’m going to quote La Ronde… “I am energy, I feel, I own my patch and I am responsible for the topiary and watering of my patch…” 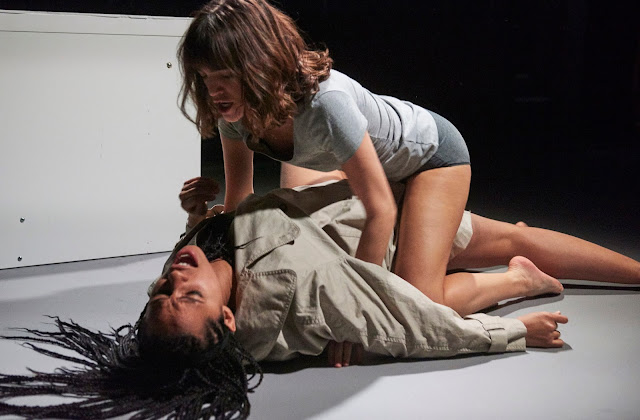 Em: If you could play ANY role in ANY show, regardless of age, race, gender etc, who would it be?
Lauren: I would play John Proctor in The Crucible. We studied the play at school and I loved it. I’ve read it so many times, seen the film heaps and been to various live productions. It’s a great role!

Em: What is your least favourite thing about performing?
Lauren: Probably the unsocial hours. It’s hard to meet anyone outside of the industry and I always find it so hard to sleep at night after a show. Too much adrenalin!

Em: Why should people come and see La Ronde?
Lauren: Because there is nothing quite like it! 4 actors, knowing all 10 parts, picked entirely at random each scene, each night, regardless of gender or race! Have I sold it enough…?

Em: What advice would you give to someone like me who wants to perform when they're older?
Lauren: A bit of honesty is best here. It’s a really tough and sometimes thankless industry, so I would say if you don't absolutely want it more than anything else in the whole world, do something else! You’ll take a lot of knock backs and a lot of bruising to your ego, so prepare yourself!

Em: Anything else you'd like to say to my readers?
Lauren: Thank you for taking the time to read a bit about me :) 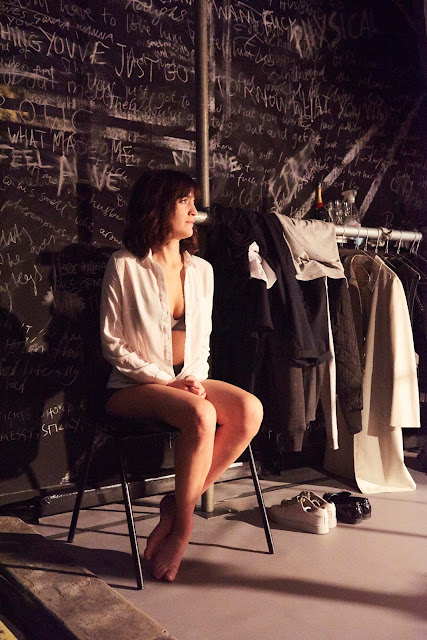