Over the years I've interviewed musical theatre stars, straight play actors, rock singers, directors, YouTubers and many more, but today on OhMyMusicals I'm branching out a little bit - I interviewed someone form an opera background! Paul Sheehan is currently working with the ENO, and kindly agreed to bring a little bit of opera to OhMyMusicals! Here's what he had to say...

Em: What inspired you to get into performing?

Paul: I have always enjoyed performing for as long as I can remember. The first role I recall was at Nursery School where I appeared as a currant bun with a cherry on top in the nursery rhyme "Five Currant Buns in a Baker's Shop" (which probably also conveniently explains my enduring love of cakes!). I was lucky enough to attend state primary and secondary schools where music making and performance were very much encouraged, so I am fortunate in that performing has always been a natural part of who I am.

Em: What is your favourite show you’ve ever performed in?

Paul: This is a difficult question as there are many from which to choose! If I really had to name one it would be Mozart's opera Idomeneo which was the first thing I performed as part of the chorus at the renowned Glyndebourne Festival Opera - an annual summer season of opera which takes place in a country home with an opera house attached (as you do!). Places in the Glyndebourne chorus are hotly contested so I was exciting and privileged to be there and every element - a brilliant international cast, the inspirational frizzy-haired conductor Sir Simon Rattle, the superb Orchestra of the Age of Enlightenment, and the unique (and equally crazy-haired) director Peter Sellars (not of Inspector Clouseau fame!) - contributed to a truly collaborative, creative experience that will stay with me forever. 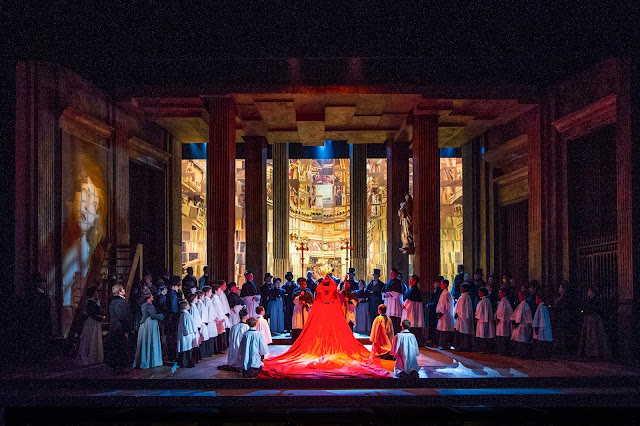 Em: Is it strange doing lots of shows with similar groups of people at the ENO?

Paul: Not at all! There is actually a lot of variety as we are a rep. company and so perform and rehearse different operas all the time. Every production has its own intrinsic personality with a separate Director and Conductor and principal singers, which keeps things fresh. It is an advantage to have a permanent ensemble as we readily trust each other on stage and are able to build strong relationships with returning Directors and Conductors and most importantly with our audience too.

Em: In terms of both performing and watching, what is the difference between opera and musical theatre?

Paul: At an elemental level there is no difference – both genres tell stories with music. Opera is a much older tradition and musicals could be said to bridge the gap between opera and popular song. In terms of performing, in opera the emphasis is arguably much more on the quality of voice and the ability of the singer to express themselves through their voice alone. We also do not use amplification and there can often be a large orchestra to project over, so principal singers will rarely perform on consecutive nights to make sure they are always on top vocal form (the chorus are often required to sing every night and so need to be slightly more robust, which is an important skill to develop in itself!). A musical theatre performer will, as a rule, do eight shows a week, and will also need to deliver dialogue convincingly, dance on occasion and increasingly nowadays play a musical instrument too! For the audience member, opera in general is what we call 'through-sung' without spoken dialogue and musicals are more like plays with songs, however there are, as with everything, exceptions (Mozart's The Magic Flute has dialogue and Les Miz is through-sung!). With opera too the subject matter on the whole tends to be very dramatic, often concerning large, universal themes whether that be jealousy, love, murder or revenge. 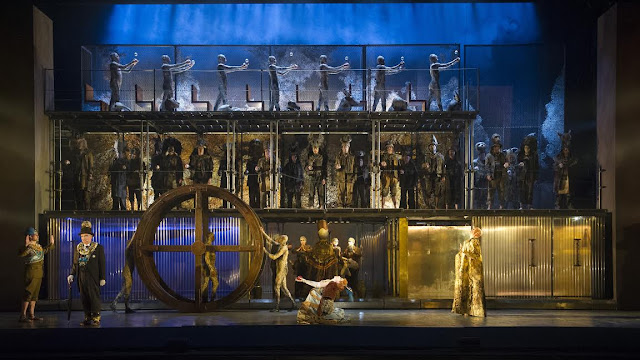 Paul: I remember as a boy watching Half A Sixpence on television and wanting to be like Tommy Steele because he was an extraordinary performer and could do everything, a 'triple-threat' who could sing, dance and act! After my voice broke it seemed to naturally develop into a bigger, richer sound more suited to opera than musicals and I am now inspired by such performers as the baritones Thomas Allen, Simon Keenlyside and Bryn Terfel, all exceptional technicians (both vocally and in terms of stagecraft) with beautiful voices. Both Bryn Terfel and Simon Keenlyside now perform in musicals too, so I may soon be dusting off my tap shoes…!

Em: What is your favourite thing about performing with the ENO?

Paul: There are many great things about performing with ENO, from the sheer variety of the operas and productions to the opportunities afforded to us as chorus members to perform smaller roles and understudy the larger roles, but what makes the job for me is my colleagues in the chorus. I am so lucky to be part of a multi-award winning team and the camaraderie and support within the chorus is a vital part of the job for me. 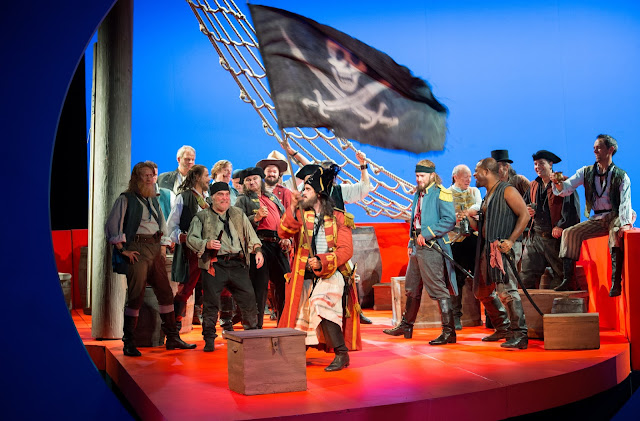 The ENO's 2017 production of The Pirate's of Penzance. Photo credit: Tom Bowles

Em: What book or film would you like to see made into an opera?

Paul: Star Wars!! We were saying just recently how operas are written either about contemporary or more usually historic subjects and how we couldn’t think of any futuristic operas. Can you imagine?! Intergalactic wars, high drama, extreme, colourful characters, love, family intrigue, a beautiful maiden, a manipulative all-powerful baddie and good triumphing over evil. Star Wars would make the perfect opera! It could be the space equivalent of Wagner’s Ring Cycle!

Em: If you could be in any opera ever written, what would it be and why?

Paul: Another toughie! I have been fortunate enough to perform so many wonderful operas, among them Benjamin Britten’s incredibly powerful Peter Grimes and it would have been thrilling to be part of the ground-breaking first performance at Sadler’s Wells in 1945. My dream role though is Scarpia in Puccini’s Tosca; a powerful, devious, manipulative character, feared by all, but dangerously charismatic. The opera is brimming with passion and dramatic music (and you also get an early bath as he is killed before the last act!). 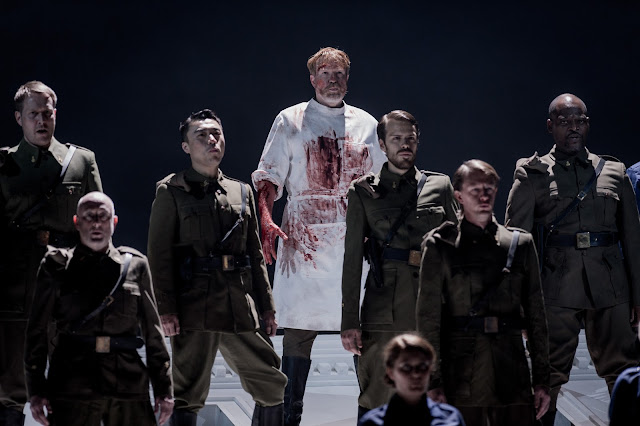 The ENO's 2015 production of The Force of Destiny with Paul Sheehan playing the Surgeon. Photo credit: Robert Workman

Em: What advice would you give to someone who wants to pursue a career in performing?

Paul: Performing is wonderful, exciting and scary but the profession is competitive, can take a lot of courage and you must be prepared to brave rejection. Don’t be lured by the notion of fame and fortune, the reality for most performers is often long periods of no work or money, so performing has to be something you love doing. Study hard, gain as much performing experience wherever you can, and whether the lead or part of the ensemble, always be a good company member because nothing can beat that exhilarating feeling at the end of a good performance!

Em: Anything else you’d like to say to my readers?

Paul: Opera is wrongly viewed as an elite art, for clever and posh people, and that just isn't true. Composers wrote for the masses, to inspire, to engage, to frighten, to lift the spirits of those watching and listening. The human voice is an amazing instrument with unbelievable power to move and every single person both deserves and is entitled to experience that. Opera should be a staple ingredient of our artistic life, as one of the many wonderful arts, accessible to all.


Huge thanks to Paul for these brilliant answers and to the ENO for allowing this interview to take place!
Posted by Em at 23:55